To recognize MBCC members that have passed away 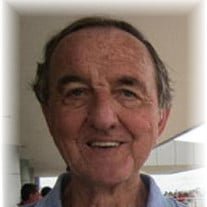 Mike E Carrigan
77 years
Date of Birth: Jan 10, 1944
Date of Death: Oct 17, 2021
Mike Carrigan, age 77, passed away Sunday, October 17, 2021.Mr. Carrigan was born in Waverly, NY a son of the late Eugene Michael Carrigan and the late Louise Strope Carrigan. He was retired from the Baltimore County, MD Fire Department as a firefighter with 28 years of service. Mr. Carrigan loved attending car shows where he would often take his '39 Packard and '51 5-Window Chevy Pick-Up Truck. He also enjoyed spending time in his Carolina Room overlooking the lake, watching sports, going to dinner with his wife, and playing cards with his friends and grandchildren.Survivors include his wife of 57 years, Lynda (Lines) Carrigan; one daughter, Michelle Nielsen and her husband Ken of Virginia Beach, VA; and two grandchildren, Maille and Michael Nielsen. 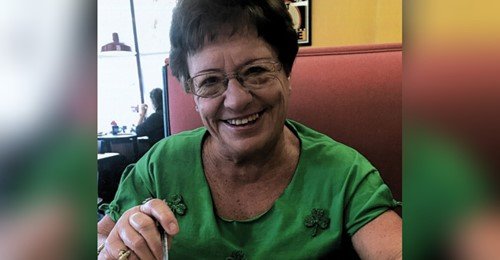 Carol none Curtis
77 years
Date of Birth: Jan 12, 1944
Date of Death: May 14, 2021
Carol Curtis, 77, passed away peacefully on Friday May 14, 2021 at MUSC in Charleston, South Carolina. She was born on January 12, 1944 and raised on Staten Island. She graduated from St Peters Girls High School and began working at Consolidated Edison where she met the love of her life [Glen]. Shortly after that they were married on March 24, 1974. It was a match made in heaven. After working there for several years she felt the need to move on. She then went to work for her church," All Saints Episcopal Church". She spent many hours beyond what was required of her to help and assist her parishioners. Carol loved to go camping, she would help Glen hook up their camper and both would travel to different camp grounds every year. During one of their summer vacations, they found a place called Ocean Lakes Camp Grounds in South Carolina. From that point on she made it clear to Glen that this is where she wanted to be, to spend all her vacations there. After retirement, they sold the camper, and bought a house in Surfside Beach, South Carolina. Carol then realized that she was a real country girl. She became passionate with her line dancing and the friends she surrounded herself with. Glen passed away on July 28, 2020. Now they are together dancing to their favorite song "The Twelfth of Never" Carol Curtis was a gentle soul who loved life and all it encompassed. 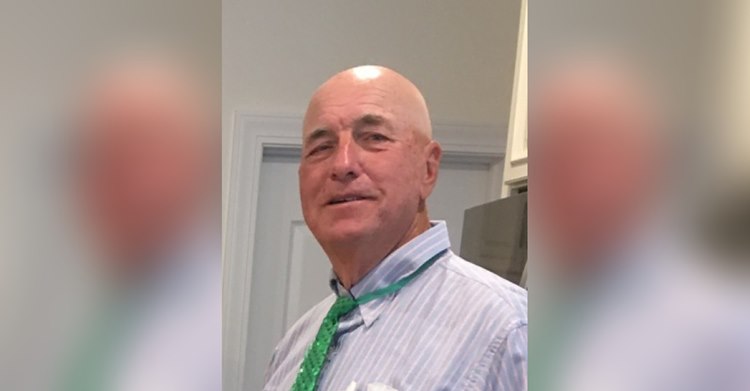 Glen G. Curtis
71 years
Date of Birth: Oct 30, 1948
Date of Death: Jul 28, 2020
Glen was born on October 30, 1948 in Staten Island, New York. He passed away peacefully on Tuesday July 28, 2020 at his home in Surfside Beach, South Carolina. Glen proudly served our country in the United States Navy during Vietnam and was the first President of the Vietnam Veterans of America Chapter 421. He was a true patriot and mechanic for Consolidated Edison. He was a classic car enthusiast who also had a love for boats and fishing. Glen was a great supporter of the Myrtle Beach Car Club and will be missed greatly. 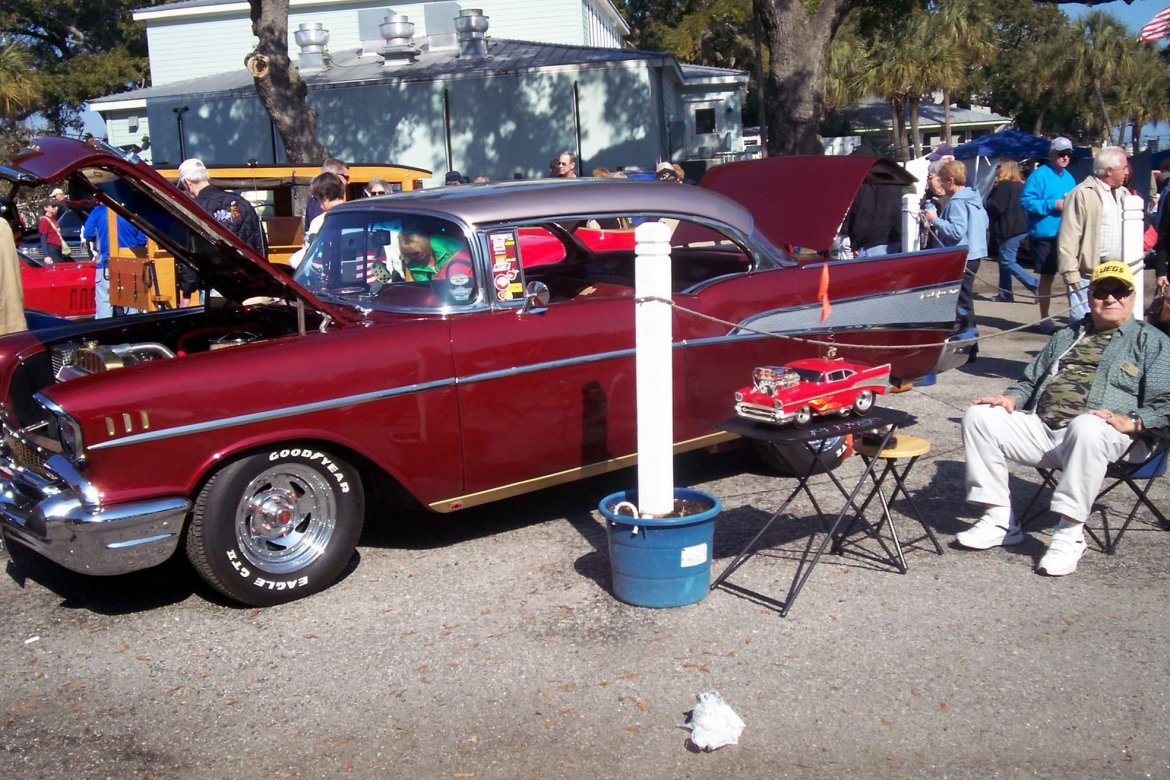 Richard William Dupre
68 years
Date of Birth: Apr 23, 1946
Date of Death: May 29, 2014
Richard served proudly in the US Navy, enlisting during the Vietnam War. Born in Holyoke, Ma. growing up in S. Hadley, Ma. also resided in E. Longmeadow and Groton, Ma. The owner of New England Ventilation Co. in Tewksbury, Ma. worked in the sheet metel field for 45 years. Past President of the Sheet Metal Owners Assoc. of New England.  Always having a passion for antique cars, he enjoyed being a member and Director of the Myrtle Beach Car Club and driving his "49 Plymouth named "Sweet Lorrayne" 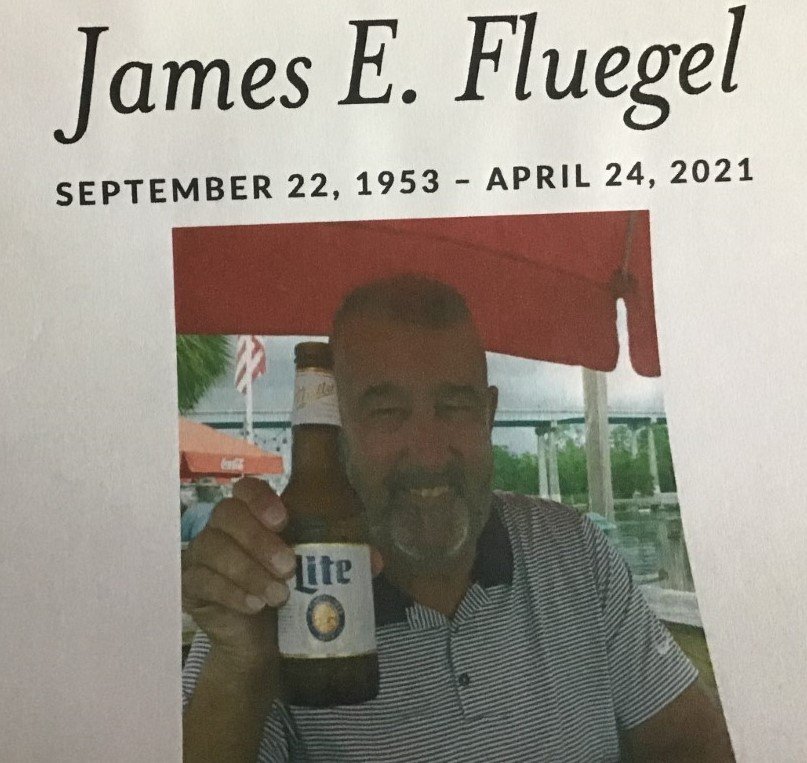 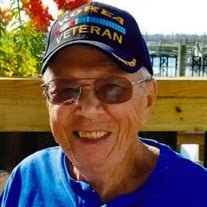 Richard A Goetz
90 years
Date of Birth: Jan 18, 1932
Date of Death: Sep 01, 2022
Richard A Goetz, 90, of Myrtle Beach, SC, passed away Thursday, September 1, 2022. He wasborn January 18, 1932, in McKeesport, PA, the son of the late Elizabeth Alma Holmbeck andArnold Bernard Goetz.After serving 22 years in the military Richard retired from the Air Force in 1973 with the rank ofMaster Sargent. His military career began during the Korean War aboard the Navy amphibiousassault ship USS Wasp where he was an airplane mechanic of the highest caliber.As his Naval tour of duty came to a close he made the decision to re-enlist in the Air Force tobe closer to his young family. The next two decades would see Richard and his familystationed at military bases located from east to west and up into the far north of the UnitedStates, with a brief, one year tour of duty, without family, in Greenland.Out of all the places he was stationed, Elmendorf AFB, Anchorage, AK was his favorite. Thebeautiful landscape of Alaska gave him an opportunity to throughly enjoy his love of fishing andhunting—especially fishing, a skill he happily passed to his children and grandchildren.Following retirement from the Air Force he accepted a position with the U.S. Postal Serviceback in his hometown area of Pittsburgh, PA. After retiring a second time Richard soon becamerestless. Along with Shirley, his wife, he bought a travel trailer and for the next year they touredthe U.S. for the next year visiting family and friends.He was never one to sit still and was always up for a challenge. He started a furnitureupholstery business in Iowa, learned data processing, became a hobby farmer, learned to flysingle engine planes, was a car enthusiast, started a real estate business and served as a bodyguard for Elvis Presley.He is survived by two daughters, Linda Mierke (Alan Mierke) and Laurie Dobis (Ken Huether);four grandchildren, Ashley Chaky (John Chaky), Bryan Mierke (Bethany Woomer), Brad Mierke(Lina Mierke),Victoria Dobis (Chase Cochran); two great granddaughters Hadley Chaky andMarlo Gray Mierke; and a loving first cousin Charlene Graham.He was preceded in death by his wife of 52 years, Shirley M. Goetz and his younger brotherDonald W. Goetz.Friends will be received for viewing between 11:00 a.m. - 12:00 p.m. Monday, September 5,2022 at Goldfinch Funeral Home. A service with full military honors will begin at 12:00 p.m.Immediately after, a reception for friends and family will be held at the funeral home.In lieu of flowers donations are appreciated in Richard’s memory to the following organizations:Grand Strand Humane Society, 3241 Mr. Joe White Avenue, Myrtle Beach, SC 29577https://www.grandstrandhumanesociety.com/how-you-can-help/donate/Low Country Food Bank, 4716 Northgate Blvd., Myrtle Beach, SC 29577https://lowcountryfoodbank.org/donate/ 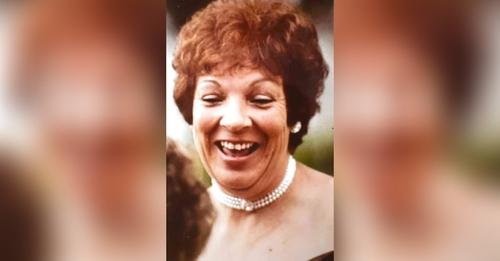 Marie Theresa Keeney
78 years
Date of Birth: Apr 11, 1944
Date of Death: Jul 22, 2022
Marie was one of the original founders of the Myrtle Beach Car Club She was Secretary/Treasure and did whatever was needed for the club She very much enjoyed her time with the Myrtle Beach Car Club Marie Theresa Keeney passed away Friday, July 22, 2022, at home surrounded by her family. Born in Torrington, CT., on April 11, 1944, to Julian and Rose Brighenti.  Marie was loved by everyone she met.  She loved dancing, listening to “Sunday” music, traveling, vacationing, and spending time with her wonderful friends.  She also loved needle work, baking, gardening, and playing cards.  She was also fond of taking Sunday drives, dinning out, and Christmas was her absolute favorite time of the year.  In addition to her parents Marie is pre-deceased by a sister: Julie Olson of CT., mother and father -in-law: E.M. and Ruth Keeney of CT., and brother-in-law’s: Bob Keeney of MI. and Scott Keeney of GA. Marie was one of the co-founders of the Myrtle Beach Car Club, with her husband Richard in the mid 90’s.  The car club continues to support many local charities. But the most important thing to Marie (mom) was spending quality time with her family.  She adored her grandkids was there for every birth and milestone in their life’s, she loved watching them grow into young adults.  Marie will be greatly missed by all that knew her, but none will miss her more than her husband, girls, and grandchildren. Marie leaves behind her husband of 59 years, Richard Keeney, her daughters; Kimberly Collins and fiancé, Tom Holding of Hubert, NC., Michelle Loewe and husband, Miles of Conway; Gianna Dmytryck, and husband, Stephen of Torrington, CT; five grandchildren: Shawn Collins and wife, Raven who are expecting Marie’s first great grandchild, Dakotah Collins, Paige Moreau Brooke Moreau Alley Loewe, and Gabriel Dmytryck;  sister-in-law: Linda Gathery and husband, Bob of Texas; brother-in-law: Geoff Keeney of Myrtle Beach.

Gary L. Sroka
69 years
Date of Birth: Apr 28, 1951
Date of Death: Aug 18, 2020
Gary was born and raised in Detroit, Michigan.
He worked at several US and International locations as a US Customs Agent (CBP) for 35 years.
He was also an Army Veteran.
Gary moved from Virginia to Myrtle Beach in 2013. 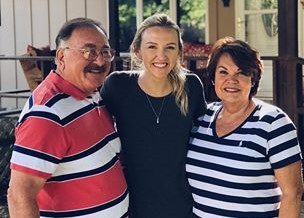 Andy Vargovchik
75 years
Date of Birth: Apr 23, 1945
Date of Death: Jul 28, 2020
Andy Vargovchik, called "Chick" by many, was born 4/23/45 and passed on from a Heart Attack 7/28/20.
He was a past member of the Myrtle Beach Car Club and supported it for many years.
Andy was very proud of his 2016 Dodge SRT and received many awards for it. Andy will be remembered as a dedicated Classic Car Enthusiasts